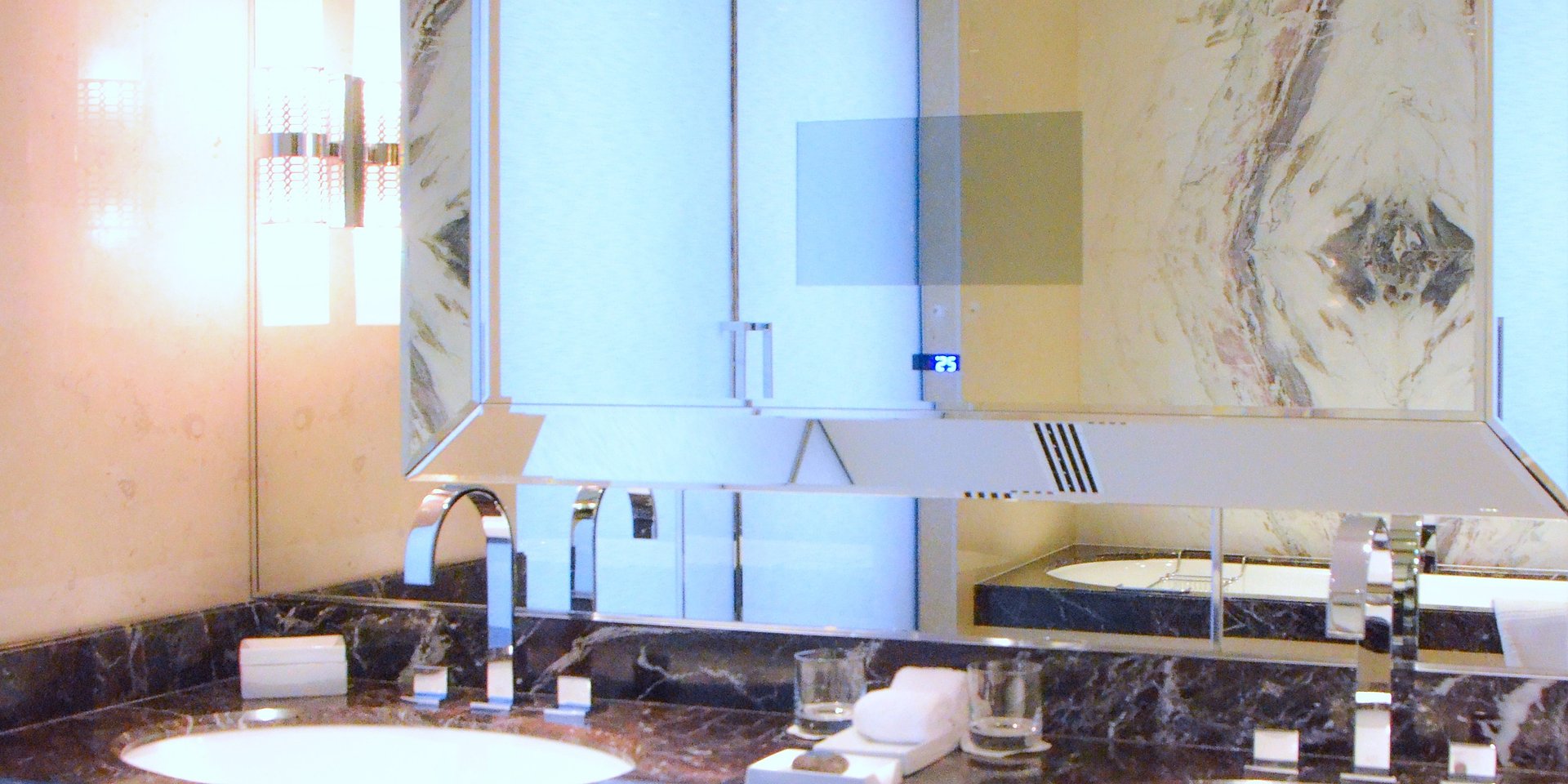 The Four Seasons Hotel is one of the many hospitality projects in the Russian capital, in which FMG Shapes company has participated by creating spectacular marble finishes and products.
FMG Shapes is a company which has a long history with the tradition of marble present in the Italian valleys of Vicentino, with its headquarters in Chiampo, in Veneto. The company, now in its third generation and led by Simone and Daniele Farinon, operates internationally and is inspired by the values of tradition, innovation and culture orientated towards Beauty. The research and the selection of marble materials of great aesthetic value spans all continents to find the best raw materials to be used in a craftsmanship that combines more advanced industrial technologies with the extraordinary manual skill of qualified workers.
THE CITY AND ITS HOTEL
In this project, the commission has entrusted the restructuration and redesign of the interior of the hotel structure to the interior decoration studio Richmond International. The hotel’s exterior structures were listed as artistic heritage. The salient characteristic of the Four Seasons Moscow, in fact, is that it is located in a historic building, already operating as a hotel, which was built in the 1930s and which was part of a series of seven hotels with the same characteristics built in the same years, with rooms of different sizes.
Before becoming known as Four Seasons, this hotel was first called Moskva hotel, after the city’s hospitality emblem, whose hotel structure is strategically located closest to the Red Square. The characteristic of this building had to be monumental, something that would leave international visitors it addressed breathless, and that would recall the majesty of its location. Here, it was important to affirm the classic taste where the winks at the contemporary were mixed with the stylistic features of Tsarist architecture and the Russian culture was to be recalled with monumental inserts in all buildings. More generally, it was an architecture linked to geometric forms, in which traditional materials used for great European religious buildings were characterized by rigorous and stylistic cut. Rather than Greek or Roman style, the stylistic references were aimed to the Russian culture and its architectural orders.
For the materials, the reference to the Muscovite cathedrals was a natural choice, with colors related to gold, purple and green, all chromaticism which evoke solemnity, grandeur and richness, both in the mode of application “a macchia aperta” and types of materials chosen.
IN SEARCH OF EXCELLENCE
The care taken in the search for suitable materials for this project was such that the owners of FMG Shapes company, the architect and the representatives of the commission decided to carry out the tests directly in the quarry so as to be certain of the choice made. Unlike the usual “floor” testing process, the blocks were tested while they were still on the mountain and this procedure also affected the timing: the Breccia Capraia Marble used for all the standard rooms required a large quantity of material and it was necessary to wait for the quarryman’s programming to arrive at the particular vein requested during testing. 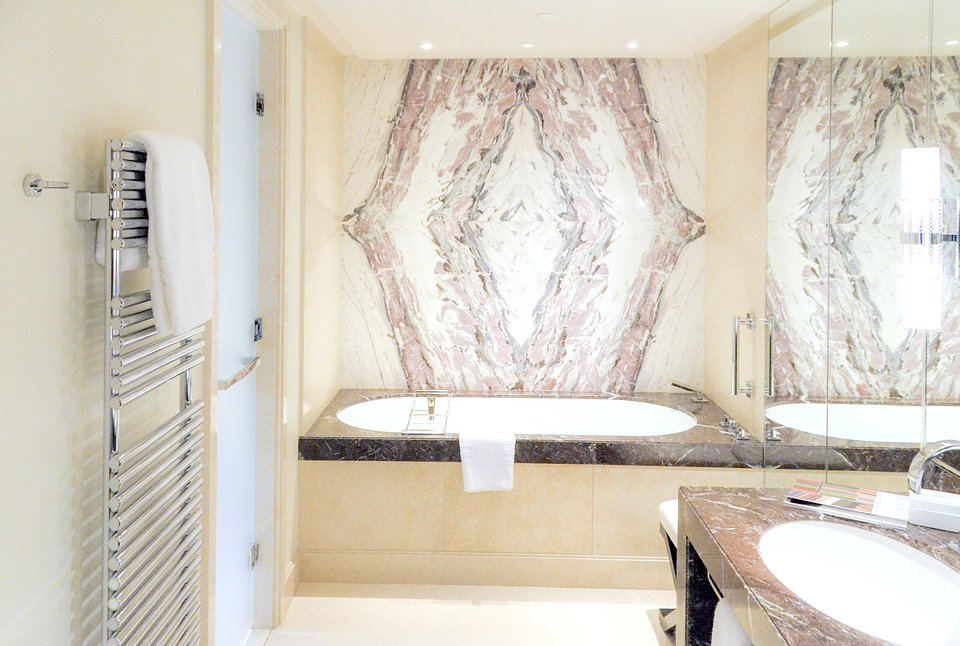 In the rooms of higher level, the Statuario Marble or the Calacatta extra Marble have been used, selecting the best of production.
In the lobby, Spanish granite has been used to ensure high performance in terms of walkability and cleaning, with particular decorations and a more moderate price.

It was the first intervention that gave us the opportunity to think about the theme of the hospitality project and it was also a tribute to Italian stones, because we worked with all the excellent stones of our country: the Breccia Capraia, the Calacatta di Carrara, the Rosso Levanto. Not only that; we searched and found the true Italian excellences, and not only the traditional stones of the Statuario Marble – present in the project anyway – but also materials extracted in very limited quantities because of their great value in the Italian stone production.

In addition to all these precious materials, a French stone, Crème Lune, one of the most widely used limestones for big projects, was chosen for the entire great surface. As has often been the case in the latest FMG Shapes projects, very fine materials were chosen such as the Carrara Marble with stones in simple shades, which emphasize the veined materials.
VIRTUOSITY STONES
The characteristic of the FMG Shapes project for the Four Seasons Moscow is related to two aspects: the first one was the technical challenge of making the reliefs for the two hundred rooms of the hotel, due to the different sizes and dimensions of each room. The second challenge, closely related to the first one, was that each bathroom had a slab “a macchia aperta”, which brings the uniqueness and distinctiveness of this specific craftsmanship and installation of this singular material, a custom project which makes the environment exclusive.
In this case, we faced the complexity of having two hundred rooms, each one different from the others and requiring in-depth research.
A third challenge appeared with the common spaces, where it was necessary to work on a thickness of ten millimeters, even for the most fragile materials and so, complete equipment was needed to perform these specific processes and to ensure that the materials arrived intact in Moscow.

To handle these large slabs of small thickness, we found significant solutions: for some materials, we worked with carbon fiber, for others with fiberglass mats. We have conducted research with materials not commonly used as support, we have done tests and found solutions of technological innovations that we used for our many other projects, turning all these experiences in heritage and strength of the company, considering that we believe that taking care of the packaging and the shipping is a key factor for success related to customer satisfaction. 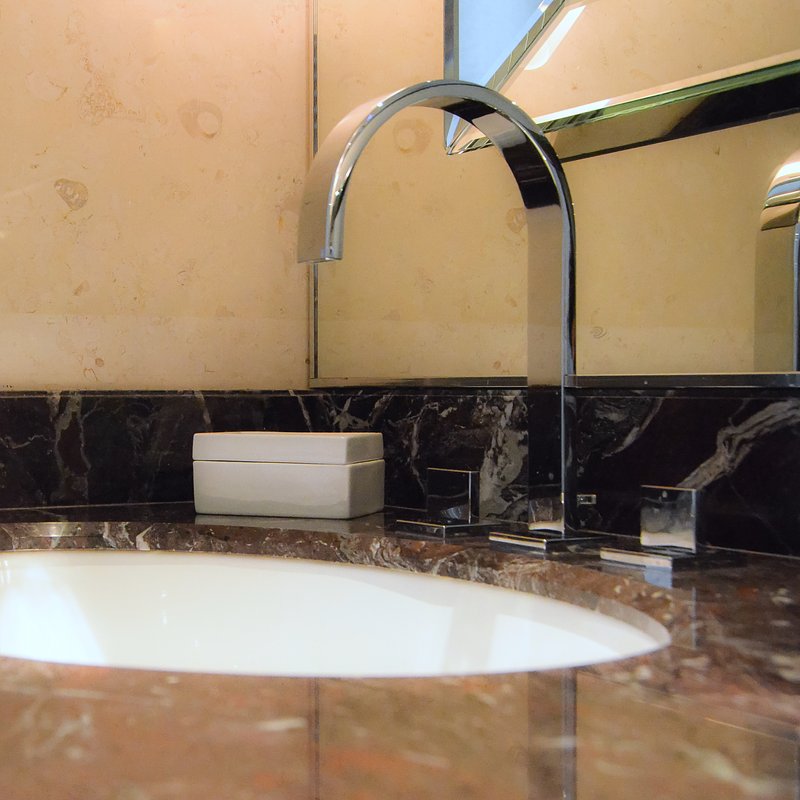 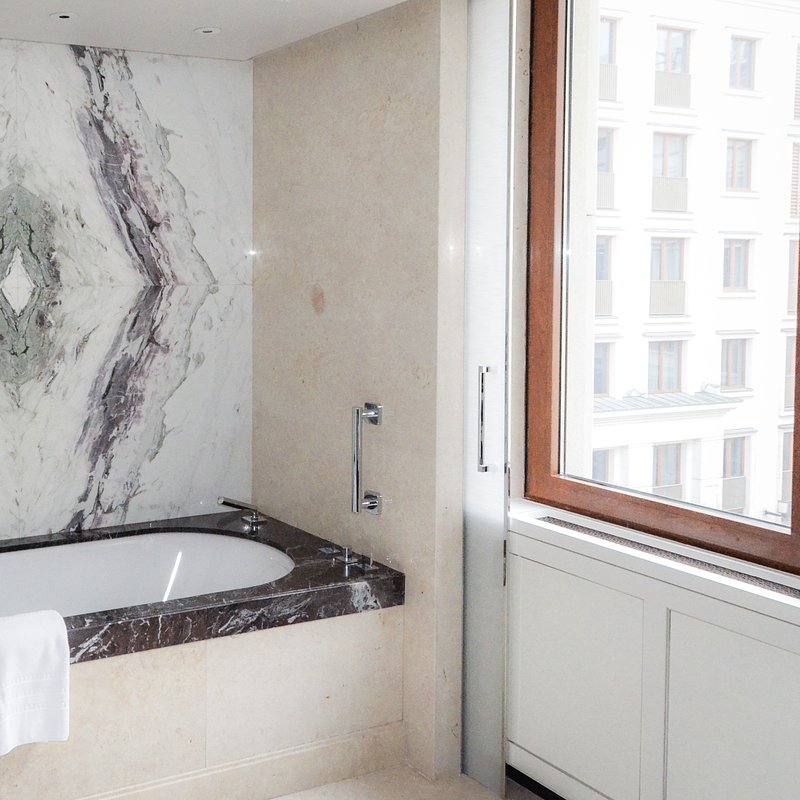 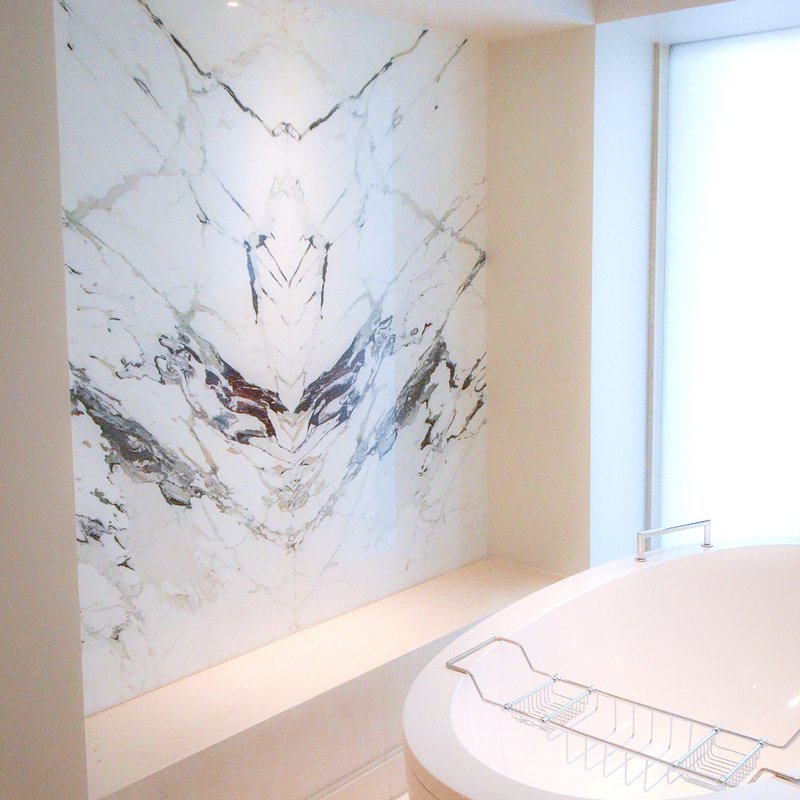 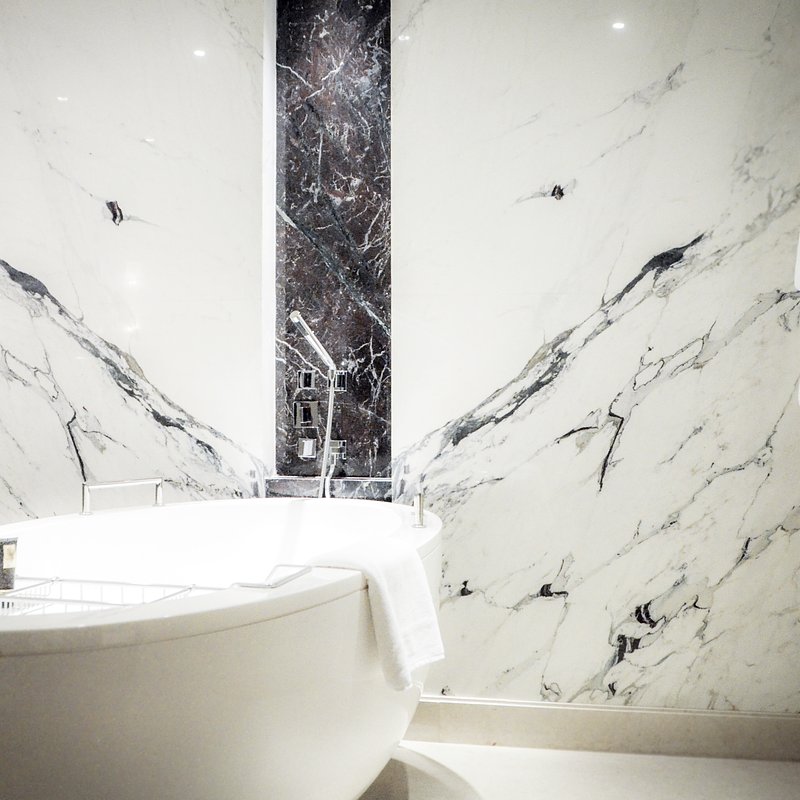 FMG Shapes in Chiampo is an interpreter of Italian luxury in the field of marble and high prestige stone materials.

FMG SHAPES. CHINESE CULTURE TRANSPOSED TO MARBLE IN A COMPLEX OF VILLAS IN SHANDU