ARCHITECTURE AS A SEARCH OF BEAUTY AND HARMONY. TRAVELING THROUGH TIME AND SPACEIN THE WORLD OF LORENA ALESSIO
Copy as Plain Text
Show All Attachments
Share

ARCHITECTURE AS A SEARCH OF BEAUTY AND HARMONY. TRAVELING THROUGH TIME AND SPACEIN THE WORLD OF LORENA ALESSIO

Lorena Alessio, an architect from Turin, has always had the desire to travel to get to know the world and build life experiences in culturally distant countries, to give life to new visions and evocative, far-reaching and unusual proposals. The stylistic code of her personal and professional career was already present in the choice of the thesis on the 'Cultural Center in Roosevelt Island, New York', with which she graduated in Architecture at Politecnico di Torino in 1991 and two years later she found herself living the American experience in New York, where she obtained a Master in Architecture at the Pratt Institute. The stay in the United States allowed Lorena Alessio to get in contact with a way of doing architecture quite different from what was done in Italy in those years. During her stay in America, she took part in the Los Angeles Experiments summer school at the SCI-Arc founded by the Studio Morphosis of Tom Mayne and Michael Rotondi, a group of architects who proposed an innovative vision of architecture characterized by new concepts and unprecedented perspectives.The continuous desire to experiment and be culturally avant-garde full of visions and suggestions leads her in the following years to live the Japanese experience.

FROM NEW YORK TO THE DISCOVERY OF JAPAN

In 1994 she won a scholarship from the Japanese government awarded every year to scholars from various sectors, from music to architecture to physics. A quite prestigious award. Lorena Alessio leaves for Japan in April, which marks the beginning of the local academic year, for an expected two-year stay, but remains until 1998 and achieves the PHD of Engineering at Nihon University in Tokyo, with a degree in Architecture. The research for her doctorate allowed her to carry out in-depth studies on the city of Tokyo and this work was the basis of her book 'Entropic Tokyo', published in November 2021, where the architect proposes a reading of the city as a dynamic and highly complex system, to be studied and observed in its various components, from the elements of the landscape, to the urban context, to the socio-cultural aspects. A journey to understand a multifaceted metropolis that never stops, which hides a profound human order.

I firmly wanted this book to collect my thoughts in a complete form on an experience, which has been crucial for my life.

Since then, Lorena Alessio has returned to Japan many times for work and research, to teach as Visiting Associate Professor at Hosei University in Tokyo and as organizer of international conferences and intra-university workshops. The experience gathered in Japan and the work done in that country have characterized her work and are the basis of her aesthetic conception, as well as her deep sensitivity towards the theme of Beauty.

STILL ON THE ROAD

The desire to continue to broaden her horizons and to live new experiences led her to Great Britain for an Urban Design course at Oxford Polytechnic and then to South Korea for teaching activities. Taiwan was a particularly important experience in those years. Here, architect Alessio was invited to participate in international workshops on industrialization processes, presenting the case of Turin, which has passed from the post-industrial crisis to a city with a significant cultural register; or cases of post-industrialization of areas transformed into large parks or, again, of environmental requalification and urban re-development projects.From these conferences, experiences were born that led the architect to design a real 'piece of city' in Taichung: an area of one million square meters, for whose preliminary masterplan she designed three hotels, offices and a large shopping center, thanks to the reference of having followed the path of Milano City Life since 2004 when, returning from South Korea, she began to collaborate with the Turin studio of the architect Pier Paolo Maggiora who, with Daniel Libeskind, Zaha Hadid and Arata Isozaki, formed the group that participated in the competition for the Milano City Life project. Her particular curriculum made up of high-profile foreign experiences, combined with her knowledge of Japan, the English and Japanese language, allows Lorena Alessio to personally follow the integrated plan of City Life, to coordinate all the creativity of the four architects and pass it on to structural engineers dedicated to the various aspects of the project.

TO BE DESIGN MANAGER

Over the years she developed a strong Design Management capability and from that moment Lorena Alessio increasingly proposed herself as a 'Design Manager', after following for a period in 2007 the project for the enlargement of Montecarlo to Bovis Lend Lease, in a competition attended by Daniel Libeskind and Arata Isozaki. The next step was to decide to be a Design Manager for her own projects. The workshops on the theme of sustainability come to life at the University of Camerino; she meets renowned architects such as Kengo Kuma, Shigeru Ban, Shu Wang, Fujimoto Sou, Odile Decq, Bernard Tschumi, Mario Cucinella and other professionals with an international profile who are invited to conferences organized or coordinated by the architect. She is founder and director of 'Casa delle Arti e dell’Architettura' in Settimo Torinese and becomes the referent for the creation of a series of events for the 2011 Architecture Conference in Japan, including an exhibition of 400 Japanese architects. She invites Italian architects who work in large studios abroad dealing with parametric architecture to hold innovative workshops on the subject.A great work of interconnected research combined with the constant comparison between Art, Architecture and Technology is the leitmotiv that runs through Lorena Alessio’s style. The many experiences that the architect has to her credit make up three major areas: Teaching, Planning and Design Management, not to mention the valuable collaborations with some of the most prestigious architecture magazines. 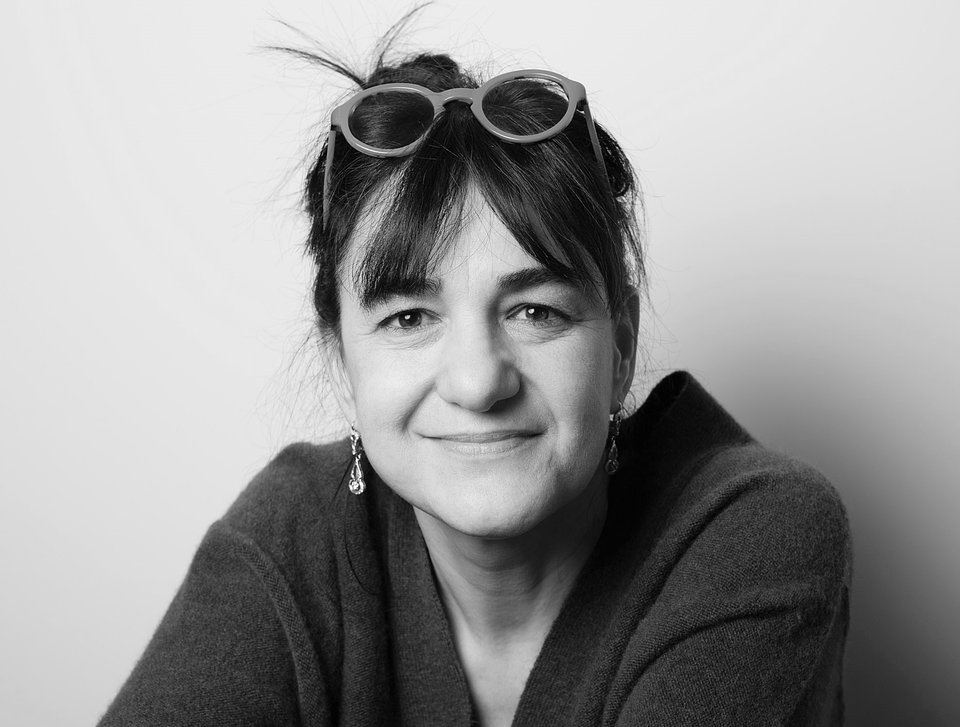 A DREAM IN THE DRAWER

Lorena Alessio's dream in the drawer is to bring together all these varied and meaningful experiences in a single vein, in view of the projects to come, including the meetings she is going to organize at the Sandretto Rebaudengo Foundation in the short term."I know Kengo Kuma well - says Lorena Alessio - and recently I proposed to the Japanese architect and other friends in Japan to create a sort of 'Academy of Beauty' to teach things about architecture but also something about ourselves, through a reflection that goes deeper, starting from the knowledge of two such refined aesthetics like the Japanese and the Italian one, to help refine the perception of Beauty. The Academy would be based in Tokyo and Turin, definitely between Italy and Japan.”

Planning is a distinctive feature of Lorena Alessio who loves experimenting with innovative ideas. One of the most original is the TTT workshop (Turin, Taichung, Tokyo) which takes students every year to a different place, according to the logic that 'wherever you go, you build something with the materials closest to the territory', for example in Taiwan with bamboo, with the help and skills of local artisans. Close to the main theme of natural disasters, after the 2004 Tsunami she observed the commitment of architect and professor Hiroto Kobayashi to the Northern area of Japan, working with a local plywood industry to create temporary plywood structures destined for fishermen.
In 2016, when the earthquake hit Central Italy, Lorena Alessio created a structure in Accupoli, an aggregative space of 160 square meters housed in a structural plywood building built by the HELP group she had founded. The project was selected and exhibited at 'Arcipelago Italia' in the Italian Pavilion curated by Mario Cucinella for the Biennale di Venezia 2018. More recently, the Piedmontese company E. Vigolungo s.p.a. - poplar plywood producer - asked Lorena Alessio to design innovative poplar buildings. The architect proposed to use plywood without screws, only with interlocking joints, as in the Japanese tradition. The new 180 square meter company showroom was realized in Canale in the province of Cuneo. She won the first prize from AESS - Agency for Energy and Sustainable Development of Modena and created with E. Vigolungo s.p.a. the PoplyHouse brand.  Her new book 'Progettare con il compensato strutturale. Da Accupoli a PoplyHouse (Designing with structural plywood. From Accupoli to PoplyHouse)' was published in 2021.
She worked on the re-styling of the Ferrari s.p.a. showroom with Benedetto Camerana and created the Corporate Identity Guidelines for the quality and low-budget restaurants of a chain with a thousand venues in Japan, the Saizeriya, receiving seven years later a new assignment from the same restaurants’ chain for a project aimed at a higher customer target.She is currently involved in a project started with Kengo Kuma for a hotel with 44 rooms, each equipped with a spa, which turned to be a structure consisting of 22 luxury apartments with mini-spa for each apartment, a large spa, a museum of contemporary art and a garage. The client is the Sandretto Re Rebaudengo family, who thought it to be one of the seats of the family's diffused museum, following the example of Turin and Madrid. Located in Courmayeur, the RebaPalace is scheduled to open in 2026.
DOWNLOAD THE PRESS KIT

Villa Bacchini, this is its original name, was one of the few villas built in the Cervinia area since the 1930s and was destroyed in 1980 by the confluence of two avalanches. Following this event, the Valle d'Aosta Autonomous Region arranged several interventions, which ...